Working-class families need relief. The state EITC has provided a boost to many families for the last four years. But it will end this year, if it’s not renewed, and it hasn’t been helping the families who need it most.

A permanent, refundable EITC would put more money back into our local economy and pay for itself. It would reduce healthcare costs and improve maternal and child health outcomes. And it would help close racial inequities.

About the Earned Income Tax Credit

The EITC is good for the working families and businesses in Hawaiʻi. It leads to…

Hawaiʻi’s state and local tax system is upside down.

Currently, the non-refundable EITC helps fix it — but only through 2022. Making the EITC permanent and refundable is an important step toward making our tax system fairer.

Imagine a single parent, with one child, earning minimum wage. They would make $21,000 per year.

However, with the current non-refundable EITC…

With a refundable EITC…

The lowest-income workers would see the biggest boost

As the “Refunding Hawaiʻi” report notes, “the workers paid the lowest wages are unable to take full advantage of the Hawaiʻi credit. Given the continued hardship faced by these low wage workers, it makes little sense to continue withholding the full value of the state credit from the families most in need of financial assistance. It also makes little sense from an economic standpoint given the boost in spending the economy enjoys when low-wage workers have more money to spend. The boost provided by a refundable state EITC to families is necessary now more than ever to realize a full economic recovery in the islands.”

An improved EITC would push back on racial disparities

Colonialism and systemic racism have resulted in significant inequities: As the “Refunding Hawaiʻi” report notes, “Native Hawaiians and Pacific Islanders do not have equitable access to the generational wealth and prosperity that have been afforded to white families. Family income and wealth have a significant impact on childhood development, with children raised in higher-income families more likely to have better educational attainment and professional success. This perpetuates a cycle of income inequality from one generation to the next for Hawaiʻi’s communities of color.” A refundable EITC would help to close those inequities.

Most states EITCs are refundable

Of the 31 states that have EITCs, Hawaiʻi is one of only five that are not refundable. 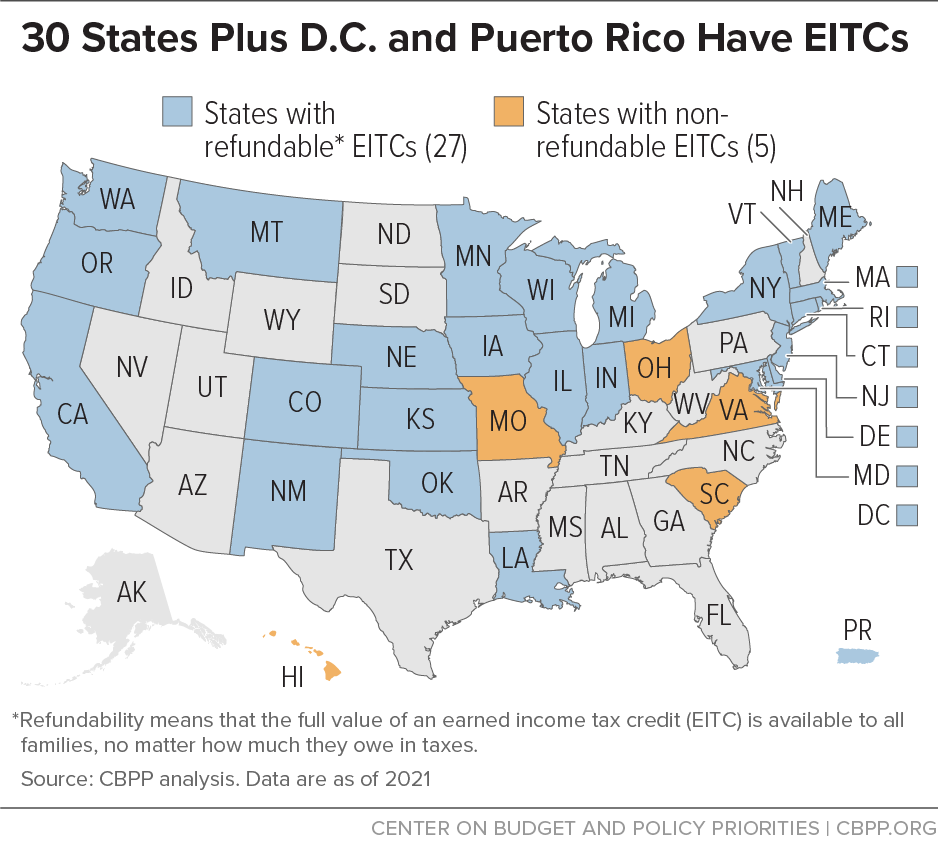